Does Your Event Need a Field Hospital? 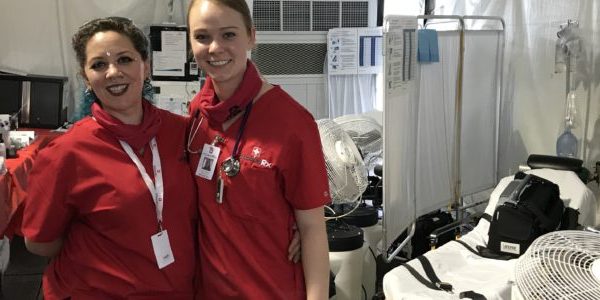 Physician-led medical services can be critical at certain types of events.

The South by Southwest Music Festival kicks off March 13, while Miami Music Week gets underway March 21. Both mark the unofficial start to “festival season,” when cities around the country host huge multiday gatherings of fans spanning a variety of music genres, from electronic dance music to country and rock. These events, which often involve the dicey combination of high heat and controlled substances such as alcohol and drugs, require special attention to issues of health and safety.

The level of medical services at events can range from a first-aid center staffed by E.M.T.s to a full field hospital with doctors and advanced equipment. Experts suggest planners consider a variety of factors when determining their event’s needs, such as the proximity to a hospital, number and age of attendees, physical characteristics of the site, type of event, and typical medical issues at similar events.

“The producer has to have the philosophy of hosting a party and these are your house guests,” says Dr. Andrew Bazos, chairman of CrowdRx, a company that has provided medical services for events such as Burning Man, Electric Zoo, Mysteryland, the U.S. Open, and more. “A lot of planners may call an ambulance company, but they’re not going to think it through from a protocol playbook. Spending money on three ambulances is not always the right thing. You can get one ambulance and spend the other money on two or three higher-level providers, based on the situation.”

Bazos says a field hospital is often the best choice for events where there are high temperatures, physical activity such as dancing, and the possibility of drug use. “No matter how close the hospital is in that setting, you want to create an emergency room on site. Minutes mean life or death,” he says. A mobile hospital at an event can include a digital x-ray machine, lab equipment to do blood work on site, an ultrasound, and surgeons on call. Bazos says for large multiday events this type of setup equips staff to also treat less urgent medical needs on site rather than creating a burden for local hospitals.

He recommends planners keep detailed records of medical services provided at their events to help them determine the appropriate strategy for future events. Read more here!